A Powerful Legacy: Artwork by Women Artists in the Collection of Southern Vermont Arts Center 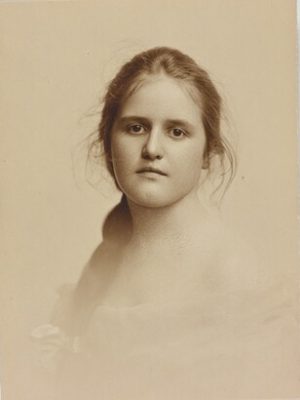 Ask a Vermonter to name a famous painter from the state and one will likely hear the names Norman Rockwell, Luigi Lucioni or Wolf Kahn. But few Vermonters know the names of the many women artists who made their art in the Green Mountain State.  Painter Marion Huse directed Springfield Art School in Massachusetts from the 1920s through 1940s and supervised the western Vermont chapter of the Works Progress Administration. Photographer Clara Sipprell was known for her portraiture of famous figures such as Eleanor Roosevelt, Pearl S. Buck, and Robert Frost; and her work was the first by a woman artist to be acquired for the Museum of Modern Art, New York. Elfriede Abbe was a Cornell University-trained architect whose sculptures, woodcut prints, and book illustrations are included in the collections of the Metropolitan Museum of Art and the National Gallery of Art. Join SVAC’s Executive Director, Anne Corso, for an artistic journey through the eyes of these women artists, and many more, whose work is included in the collection of SVAC.

Anne Corso joined SVAC in 2019, most recently from the Chrysler Museum of Art in Norfolk, Virginia, where she had served as the Director of Education. Prior to her tenure at the Chrysler, she was Director of Education at both the Reading Public Museum in Pennsylvania and at the Delaware Art Museum in Wilmington. Anne holds a B.A. in Art History from Rosemont College in Pennsylvania and an M.A. in Museum Education from the University of the Arts in Philadelphia. Anne has participated in the nationally known Getty Leadership Institute for Executive Education; she currently serves as president of the Manchester Business Association and is a member of the Vermont Curators Group and the New England Museum Directors’ Roundtable.