A Violin’s Life: A Discourse on a Notorious Stradivarius and the Musician who Plays It 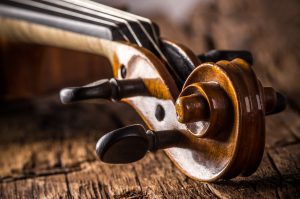 IN COLLABORATION WITH THE MANCHESTER MUSIC FESTIVAL

This talk chronicles the history and lineage of the 1715 Lipiński Stradivarius, the current violin of Frank Almond. The instrument has direct ties to Giuseppe Tartini, Edvard Grieg, Johannes Brahms, and Robert and Clara Schumann. In 2014, the “ex- Lipiński” Stradivarius was stolen from Mr. Almond in an armed robbery after a concert. The robbery and recovery are the subject of a documentary film, “Plucked,” which premiered at the Tribeca Film Festival in April 2019 and Almond was recently features from Lincoln Center on The Moth Radio Hour.

Frank Almond held the Charles and Marie Caestecker Concertmaster Chair at the Milwaukee Symphony Orchestra for 25 seasons. He held similar positions with the Rotterdam Philharmonic and the London Philharmonic Orchestra. He regularly performs as a soloist with the Milwaukee Symphony Orchestra and as soloist and chamber musician throughout the U.S. and Europe. He is the founder of Frankly Music, a chamber music series consistently recognized for innovative programming and ability to attract leading performers from around the world. Almond mentors young musicians of all performing levels and backgrounds, performs in nontraditional venues where classical music is a rare and unusual presence, and he writes an online column, as he admits, “instead of practicing.” Nondivisi offers his thoughts and expectations for the present and future of classical music.