Ansel Easton Adams: The Man and His Photography 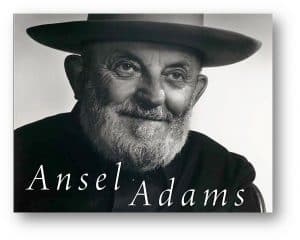 Ansel Adams was quite literally the most influential and beloved photographer and conservationist of the 20th century, becoming a national institution. The popularity of his work has continued to increase well after his death in 1984. Even to those who are not familiar with Adams, his magnificent black and white photographs of the West inspire and amaze photographers even today for their sheer beauty, and his work has and continues to elevate photography to a true art form. He developed many of the basic tenants and techniques of photography in use today. Adams once said, “It is easy to take a photograph, but it is harder to make a masterpiece in photography than any other art medium.” And masterpieces they remain today.

In this presentation Christopher Dant will tell you about the man, his legacy, and his photographs with a stunning slideshow of Adams’ most legendary photographs and how they were created. Dant will also tell us about his personal experiences with the photographer and display some original Adams prints from his personal collection. Join us for a fascinating look into America’s most celebrated photographer and environmentalist.