Archaeological Boots on the Ground 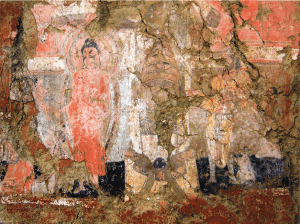 The catalyst for this talk is a comment made by an acquaintance of the presenter who asked, “Why do you study Afghanistan’s history? They have always been a country of hunters and gatherers.” Where to begin? This is not a talk about the withdrawal of U.S. troops from Afghanistan. Instead, it offers a memoir about the experiences of a female archaeologist whose first trip abroad was to Afghanistan in 1975 and over the years continued to visit and study the country, learning its origins and contributions to world history. This presentation will explore the country’s history and its people beginning at the end of the late 15th century with Babur, who founded the Mughal Empire and chronicled his travels to places he described as “situated on the edge of the world.”

Registration is $18 in advance/$24 at the door. Masks are required.

Rita Wright is Professor Emerita of Anthropology at New York University. Her research interests include comparative studies of urbanism, state formation, gender, and cycles of change in ancient civilizations. In the field she has conducted research in South Asia (Afghanistan and Pakistan) and the Near East (Iran), and used secondary sources from Mesopotamia to understand the nature of centralization and production and distribution systems. Her research at Harappa included studies of ceramics and craft production and a regional survey of Harappan Settlement Patterns on the Beas River, a now dry riverbed near Harappa. Dr. Wright is founder and editor of Case Studies in Early Societies (Cambridge University Press), editor of Gender and Archaeology, co-editor with Cathy L. Costin of Craft and Social Identity, and author of Ancient Indus: Urbanism, Economy, and Society (2010, Cambridge University Press in UK/US and India).