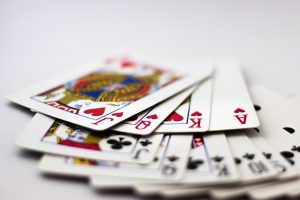 Interested in honing your bridge skills? This four-week course will cover important fundamentals of the game beginning with a general review. Andy will then cover No Trump Declarer Play… Suit Declarer Play… and an overview of competitive bidding.

Andy Avery grew up in a card playing family in Port Chester, NY. While he was in the service, a poker playing friend introduced him to bridge and after reading his first bridge book he was addicted. Andy became a life master in 1974. He has been featured in several newspaper bridge columns including two by Alan Truscott in the New York Times and recently in Frank Stewart’s nationally syndicated column. He served for three years as the vice president of the Vermont Bridge Association and now teaches almost full time on every level of bridge from small private sessions to large group classes.