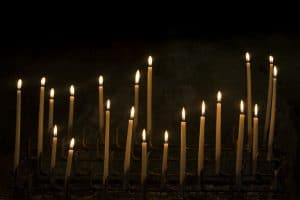 Exclusive, narrowly focused social groups with aberrant social and/or theological ideologies are surprisingly common throughout American history. Some are psychologically damaging, a very few are violent (and many of the worst are imaginary!), but most are benign. All require sacrifice of some things of personal value, like family relationships and material wealth. Why do people join such organizations? Describing some representative groups from different historical periods, this talk provides some answers to that question.