Forecasting the 2022 Midterms: The End of the Democrat’s Majority? 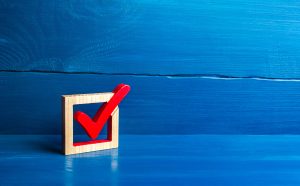 When it comes to control of the Presidency and Congress, we are in a period of instability not seen in more than a century. No party seems able to govern beyond a two-year period and the slim partisan margins make it difficult to enact legislation. In the 2022 midterms, will Democrats lose their majorities in the House and Senate, thus continuing this period of unstable majorities? For answers, we look at political science forecast models. What do they tell us?

Matthew Dickinson is a professor of political science at Middlebury College. He taught previously at Harvard University, where he also received his Ph.D., working under the supervision of presidential scholar Richard Neustadt. Dickinson is the author of Bitter Harvest: FDR, Presidential Power, and the Growth of the Presidential Branch (Cambridge University Press), co-editor of Guardian of the Presidency: The Legacy of Richard E. Neustadt (Brookings Institution Press) and has published numerous articles on national governing institutions, including Congress, the bureaucracy, the presidency, presidential decision making, and presidential advisers. His current book project, titled Leader or Clerk? The President and the White House Staff: People, Positions and Processes, 1945-2008, examines the growth of presidential staff in the post-World War II era. His blog on presidential power can be found at http://blogs.middlebury.edu/presidentialpower/.