Photographers Who Defined the Great Depression 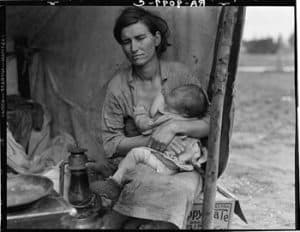 In 1930s America, several men and women were sent out with their cameras to document a period in history. What they brought back was an indelible and iconic record that defined the Great Depression. We will see photographs and hear their stories from photography greats Dorothea Lange, Arthur Rothstein, Walker Evans, Marion Post Wolcott, and others that tell the heartbreaking and hopeful stories of poverty, loss, and resilience in an era that forever defined the great struggle in rural America.