The Health of Democracy and the Role of Political Journalism 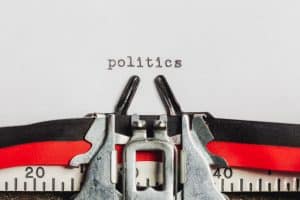 Journalism, especially political journalism, may be under assault, but its enshrinement in the First Amendment of the U.S. Constitution is in no danger. Political reporters witness what citizens can’t and tell stories that can change laws, leaders, and our lives. A native of Vermont, Garrett M. Graff’s political reporting captures the zeitgeist of our nation through his writing on the mechanics and machinations of American government and political hot button topics. In this talk for GMALL, Graff will draw on his reporting experiences, and a distinctive body of work, which blends breaking news, national political reporting, and deep examinations of U.S. government institutions and latter 20th century American political history. For a sample, see this collection of stories on the 2020 election here ). Graff has also written five books on topics ranging from John F. Kennedy’s final flight from Dallas to the first presidential race at the dawn of the digital revolution to the FBI’s war on terrorism. His latest book Watergate: A New History  will be out in November 2021.  In this talk for GMALL, Graff will draw his experiences as a political reporter and the subjects has covered.