The Politics of Nuclear Weapons 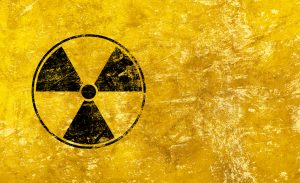 Whether we think about nuclear weapons or not, since the dawn of the nuclear weapon age in 1945 we have lived, and continue to live, under the nuclear shadow.  This talk will focus not on the technical or military aspects, but on the politics: Why do countries have them, or not have them? What is their purpose, or purposes? What lies in the politics of keeping and updating them? Can we ever do away with them altogether? If so, how? If not, why not? What are the prospects of proliferation? What political efforts are being taken to curb them? And are such efforts successful? Political leaders must wrestle with these and other related questions and there are no easy answers.

Registration is $18 per person.

Derek Boothby has been involved in international political and security matters for over 40 years, both working for the United Nations and elsewhere.  In the UN he worked on arms control and arms limitations and was Director of the Europe Division in the Department of Political Affairs.  He was the Deputy Director for Operations in UN weapons inspection and destruction in Iraq, led a chemical weapon investigation in Azerbaijan and Armenia, was second-in-command of a UN military and civilian operation in the Balkans, and later Chairman of the UN’s Iraq Operational Group.  He has given several talks for GMALL and, together with Peter Radford, has been a lively contributor to our GMALL Debates.