The Shakespeare Nobody Knows 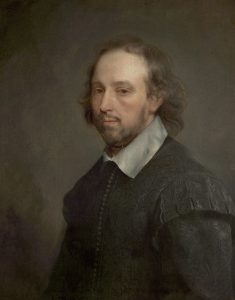 *POSTPONED* The first half of this talk will present the many facts and assumptions that are not known about William Shakespeare of Stratford-upon-Avon. For instance, what day he was born, the day he died, and how he spelled his name. In addition, it is not known what he looked like, where he was for four or more years in the late 1580s, how many plays he wrote, and how many of the earlier and later plays he actually wrote himself. The list goes on.

The second half of the talk will examine the always interesting subject of the authorship question. Was William of Stratford, a grain merchant, also the poet and playwright extraordinaire? What about Christopher Marlow? Or Edmund deVere? Or others with even less credentials.

Registration is $18 paid in advance; $24 at the door. Masks are required.

Philip McKnight, a trial and appellate attorney, is currently on the faculty of the Massachusetts College of Liberal Arts in North Adams, Massachusetts, and is an adjunct professor of environmental law and environmental history at both Williams College and MCLA. He graduated from Williams and earned his law degree from the University of Chicago Law School. His lifelong interest in Shakespeare stems from a profound appreciation of the power and significance of his plays and an insatiable curiosity as to whether Shakespeare actually wrote them.