The State of Commercial Aviation 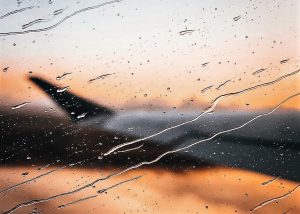 After decades of strong growth, the commercial aviation sector was dealt two severe blows: the grounding of the Boeing 737MAX and a worldwide reduction in passenger traffic caused by the COVID-19 pandemic. Airlines, aircraft manufacturers, their suppliers, maintenance and repair operations, and airport communities are suffering an estimated trillion-dollar loss of business. All have shrunk drastically, and some have ceased operations. We will discuss these two factors in turn. First, the MAX – what went wrong? What changes were made prior to recertification? What lessons have been learned? Second, the outlook for the recovery of passenger traffic – by region and on international routes. The timeline will be affected by the availability and effectiveness of vaccines, and international agreements regarding quarantine procedures.

Dr. Sanjay Correa retired as a Vice President from GE’s Aviation business headquartered in Cincinnati, Ohio. In his last role, he was responsible for introducing new materials and manufacturing processes for GE’s commercial and military aircraft engines. After earning BS, MS, and Ph.D. degrees in aerospace engineering from the University of Michigan, Sanjay joined GE’s Corporate Research Center in Niskayuna, New York. In the initial stage of his career, he focused on gas-turbine engine technologies for aircraft propulsion and for electric power generation. He was promoted to executive roles in increasing responsibility in research, in engineering and later in manufacturing operations