The Ukraine War: Why Does It Matter to You? 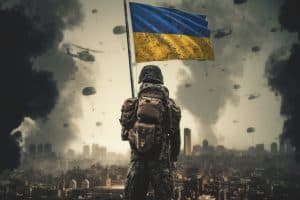 Politicians and media have mostly explained Russia’s assault on Ukraine in moral terms, describing a Manichaean struggle between the forces of good (Zelensky) and evil (Putin). Unfortunately, that framing inevitably leads towards war since there can be no compromise with evil.

What is this war really about and what does it mean to us as Americans? Are we only dealing with Russia’s ambition to recapture what was lost when the USSR collapsed? Or, might Putin’s invasion signal the start of a new period of global confrontation and conflict as Russia, China and other countries push against the accepted rules of how the world works? Those rules are wildly in our own national interest since we devised them; what would it mean to us if the Chinese write the new rules? Should we care — and can we do anything about it?

Alan Stoga, who recently moved to Dorset, is a strategist who has spent decades advising clients on global politics and economics. He is Chairman and CEO of the Tällberg Foundation, domiciled in Sweden.