“Travel and Sleep in Safety and Comfort”: The Story of the Pullman Company 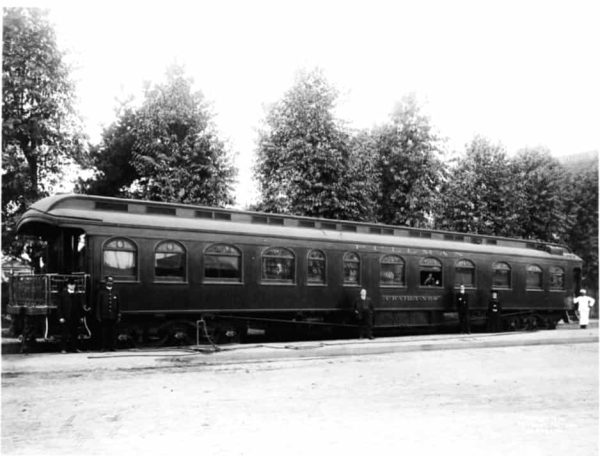 In 1867 George Pullman hit on an idea that would revolutionize train travel across the world. Railroads were the economic engine of the country by the second half of the 19th century, but accommodations were not particularly comfortable for passengers. Pullman founded his company to produce and operate luxuriously appointed railroad cars and it grew into a worldwide sensation. At its peak, the Pullman Company ran the largest hotel in the world, with every guest waking up in a different city than where they went to sleep. Join railroad historian Bill Badger for a fascinating look at the history of this great American company and learn some surprising connections.

This program is presented in collaboration with the Manchester Historical Society.

Architect and train lover Bill Badger has been studying, writing about, and lecturing on the history of America’s railroads for over 30 years. He also is working on a model railroad based on the Bennington and Rutland subdivision of the Rutland Railroad in his home.