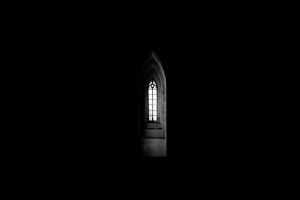 Like the virus, the concept of evil has evolved. Also like the virus, it has become more virulent and efficient in the art of destruction, even as our understanding of it has devolved from the demonic to the insidious and readily contagious. It may even be asymptomatic or appear to be. Evil is a monstrously large concept and topic. It is also an elusive one, difficult, some would say impossible to define.

The first talk on evil, mainly historical and theological. focused on the concept as understood by Judaism and Christianity in the Biblical and Middle Ages. The second will be about evil as both phenomenon and idea in recent times and the present. We will discuss how evil has been redefined, largely in humanistic and secular terms, by contemporary historians, moral philosophers and thinkers. We will also discuss the perhaps paradoxical decline of the term’s use in modern discourse, even as what we might call evil in the world seems to have risen to previously unimaginable levels of cruelty, intensity and horror. We will also ask how seemingly ordinary people can be brought to perform such acts, how the virus of evil spreads from person to person, and how a phenomenon fed by the silence of bystanders may end in genocide. Could this virus, which spread through Europe so virulent in the ‘30s and ‘40s and elsewhere since take hold here? And now? Are there signs?

Bill Freedman was born in Newark, NJ, took a PhD in English Literature at the University of Chicago in 1964 and taught in the City University of New York system before moving to Israel in 1969. He taught English literature at the University of Haifa until his retirement in 2004 and, until 2019, taught part-time at the Sakhnin College of Teacher Education in the Arab town of Sakhnin. Bill received an M.A. in Clinical Psychology from Antioch University in 1974 and was a practicing psychotherapist until his retirement in 2010. Bill has published books and a number of essays in literary criticism and theory, an oral history of baseball fans, and four books of poetry. He and his wife have a small home in Landgrove, where they spend their summers.