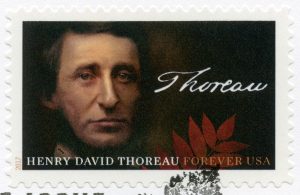 IN COLLABORATION WITH MERCK FOREST

There is a historically accurate replica of Henry David Thoreau’s Walden Cabin at Merck Forest. This was the pet project of Austin Chinn going back to 2005 and finally realized in 2017 on the 200th anniversary of Thoreau’s birth.

This talk will be an illustrated talk on the building of the cabin, but it will also be a look at what kind of man Thoreau was, and his tremendous importance to America after his death in 1862. He was not at all “a hermit in the woods,” but deeply engaged in society all of his life. Many do not know how intensely active he was in the Underground Railroad. He was not just the author of Walden, one of the very greatest books in American literature; not just the author of Civil Disobedience, which has had worldwide importance in social action, but a prodigious traveler, observer, writer, and a highly respected land surveyor with 150 surveys as far south as New Jersey. He gave lectures all over New England, and ran his family’s pencil making business, inventing an improved grinding mill. He was the father of today’s environmental movement, and his influence upon the American landscape after his time, particularly through Theodore Roosevelt and John Muir, cannot be overstated. 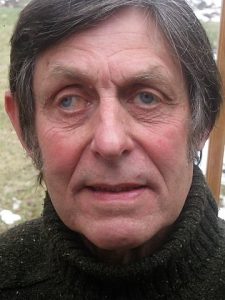