Who Gets Played? Women in Country Music – Then and Now 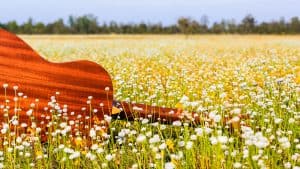 Women have had a presence in country music since the beginning of the genre’s commercialization in the 1920s when Sara and Maybelle Carter made their first recordings with A.P. Carter. But despite the presence of women artists like Rose Maddox, Kitty Wells, Patsy Cline, Loretta Lynn, Dolly Parton, Tammy Wynette, Reba McEntire and more recent performers like Shania Twain, Carrie Underwood, Miranda Lambert, the Chicks, Taylor Swift, Kacey Musgraves, and Mickey Guyton, recordings by women still make up only about 10% of country music played on the radio. In 2015, radio consultant Keith Hill advised radio stations not to play consecutive songs by women on the radio: “If you want to make ratings in country radio, take females out. … Trust me, I play great female records, and we’ve got some right now; they’re just not the lettuce in our salad. The lettuce is [male performers]. The tomatoes of our salad are the females.” The ensuing controversy was known as “tomato-gate.” In this talk, professor and musicologist Lydia Hamessley (author of Unlikely Angel: The Songs of Dolly Parton) will explore the contributions of women in country music history up to the present and talk about the continued struggles of women – and BIPOC and queer – performers to be fully included in the country music industry. This presentation will be accompanied by musical examples. 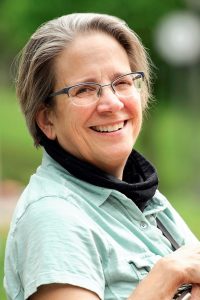 Lydia Hamessley is the author of Unlikely Angel: The Songs of Dolly Parton (Univ. of Illinois Press, 2020). She is Professor of Music at Hamilton College (Clinton, NY) where she teaches courses in country music, medieval and Renaissance music, music in film, and world music. She received her Ph.D. in musicology from the University of Minnesota in 1989 and has won two teaching awards at Hamilton. She writes on old-time and bluegrass music, with an emphasis on women and Southern Appalachia. She has also written about the banjo in nineteenth-century America; Appalachian murder ballads; and Peggy Seeger. She appeared in the BBC2 documentary Dolly Parton: Here I Am, which is currently available on Netflix. She is also a clawhammer banjo player, and she has been to Dollywood!